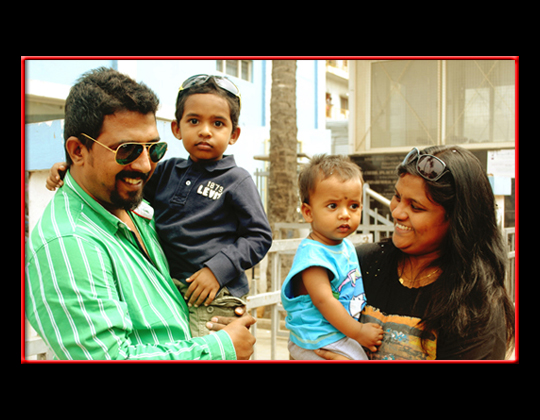 We are a couple Usha Ramesh and Ramesh Raghavan who came out with a noble initiative to serve the society in general and specifically the needy in orphanages, old age homes, missionaries for differently abled and other charity organisations for almost a decade. We have stepped down the streets to extend our helping hands to the mentally challenged and abandoned destitute by providing food, clothes , warmth, love and care. With the help of family, friends and well wishers our commendable service and proven help rendered by the well wishers and others had led to the blooming of loving hearts and has gradually elevated itself as an organisation. As the founders of loving hearts, we are highly elated to inform that we also identify and sponsor the most deserving 10 kids every year shouldering the responsibility of their educational expenses from Pre-kg to higher education.

Love is the only thing that keeps the universe running. May it be the love for God, nature or fellow humans, LOVE is a magical word that makes happen anything. History has taught us to conquer hearts instead of kingdoms and territories. As the saying goes “There is no remedy for Love but to Love more” I and Usha thank SAMARTANAM, an orphanage for binding us together. We both were active volunteers of SAMARTANAM before we met each other. It was destined for us to meet through a common friend named Sona, a visually challenged inmate of SAMARTANAM.

Sona reached to us individually for raising funds for SAMARTANAM and individually we became intimate to Sona and became good friends. It was on weekends that Usha took Sona to her home, washed her clothes, ironed them and made Sona ready for her weekdays. On the other hand I was astonished to hear all about Usha’s good Samaritan spirit. The more I heard about Usha, the more I was triggered with curiosity to meet her and Sona arranged for the meeting. It was on the halcyon day January 7 2008 that I met Usha and became friends with her . Usha was introduced to my friends and most of our weekends were spent together in SAMARTANAM. Those were the days which were memorable and still cherished by me as I knew then that I   was gradually falling in love with Usha.

Keenly waiting for an auspicious day to express my love, I was also scared of losing her friendship. Inevitable thoughts crept in me like what if Usha doesn’t have such intentions? Or what if she mistakes? But one fine day she asked me out to discuss an important matter over coffee. I was under the impression that Usha will definitely propose me and on that pretext I went carrying a bouquet full of red roses. I was waiting anxiously in koramangala coffee day. There she came with a visage fully loaded with smile and charisma and devoured my heart like an angel. Without much adieu she came out with her proposal for me to marry a visually challenged girl from SAMARTANAM and proclaimed that she too will marry a visually challenged or differently abled person. Taken aback by her straight forward nature and her empathy towards others I came to senses and realized that my spirits were going down but not my respect on her which was obviously creeping high. She felt divine. Taking my chance I instantly proposed. She did not react but silently sipped the coffee. I know the coffee was more impressive than my heinous proposal. After finishing her coffee she gently denied my proposal and politely explained that she did not have any such feelings for me. Nevertheless I was a good human being for her and she respected me. I took another chance and tried to prove my goodness saying that I am a good human being with a fair bit of love on her. She left me without waving good bye. I was wreathing a little with disappointment. An ace attempt was turned down. I didn’t want to lose her friendship though.

The next meeting of ours with Sona was fruitful as I was able to convince Usha of being a good friend and apologized for my behavior the other day, it was happy to see her convinced and gaining back to normalcy.  Now then again my loving heart subdued my thoughts. I was overpowered by the sublime thought of Love. Friends who stand beside in fun and frolic also shouldered at times of adversity. Especially when someone like me was love smitten, it was friends who always spoiled me in a good way. Their terrific suggestions and sloppy advices sometimes helped to generate self-motivation and sometimes gave an awful yet useful courage to move forward. I moved forward with the thought of winning her heart.  I made sure that I meet Usha in every possible way. I never missed an opportunity.  I tried winning her heart little by little. I slowly impressed her. The beautiful butterflies of Love that were fluttering in my heart were also felt fluttering in her heart after nearly 8 months of toil and struggle. These 8 precious months tutored me that True love and hard work never fails it yielded. It reciprocated. She responded and she accepted me and my LOVE.  A sense of triumph and a deep sense of satisfaction and fulfillment have occupied my life. I am made complete by her. We are happily married now and are bestowed with two blessed kids.  After all it was a triumph of Love, sincere and unconditional.  Throughout the journey our combined love loves to love and our love has extended and widespread to those who are left behind loveless. As Charles dickens says “A loving heart is the truest wisdom.” We are travelling in the process of attaining true wisdom and we are here with loving hearts.